My Dog's Name is: 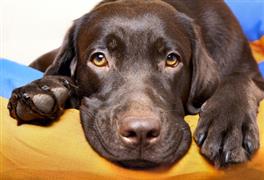 "Come here boy." Most people are familiar with this simple request that has gained popularity in television and households around the world. In fact, many people refer to their male dogs as "boy" on a regular basis. The word's common usage is attributed to being short and easy to annunciate. Historically speaking, Max, Jack, Sam, and Jake are the most popular choices for male puppies. Notice that each of these names also share the perk of being easily vocalized. While making a low syllable selection has benefits, longer names can be fine too. Be aware that most people like to take shortcuts (it is part of our lazy society). The five syllable name you choose will soon wear down to something easier to say. It could be that the original dog owners above named their pets Maximus, Jackson, Samson, and Jacob.

One unique name finding approach is to locate one on the map. Names of cities, states, and provinces are popular options. You can choose a clever location related to your puppy or just find a random place that has appeal. No need to worry if the name you ultimately select isn’t found in an atlas, there is at least one known case in which a city was named after a dog. The city of Peritas was named after Alexander the Great’s companion. Rumor has it that Peritas died in battle. The city contained a monument and his final resting place.

An important part of naming is to learn about your new friend. You may have noticed that male dogs typically lift up their legs to mark their territory. This inherent hiking stems from the desire to reach a higher point on their toilet of choice. The apex is desirable because it better utilizes the air as a medium of travel. The whole point of marking territory is so other passers will notice and hitting a higher point increases the likelihood. Keep in mind that your new puppy will not exhibit this behavior. It is something that comes about naturally with age. In the meantime, choose one of the popular male names from our list so that when the time comes, your pal knows to hike.

Male dogs are called many things. If your puppy will not be reproducing, it is commonly referred to as just dog. A stud is a boy that is capable of and intended for breeding. Once a male has fathered a litter it is called a sire. The father is a common source for male names. Just as people often pass names down from generation to generation, many new dog owners choose to adopt the sire's name. Passing dog names on is a good practice, but care should be taken to ensure that the name is not the same or similar to other members of the household. While Jake and Jack are easily discernible to the human ear, the similarities might cause confusion to your new pal.

There are currently no groups for Male Dog Names. Help get one started by making your group recommendation below!

Some of our pages will contain a group. A group is a slightly more specific collection than the main topic of the page. For a group, we will include a separated table of names and corresponding descriptions. An example of a group for Red Dog Names would be 'Dog Names Inspired by Red Wines'. If you have any group ideas for the Male Dog Names page, we would love to hear them. Use the form below to submit your ideas.
Group Idea: Submitted!

Other visitors to our site submitted the following Male Dog Names photos:

We would like to take this time to thank all of our visitors that make DogNamed.com the best dog naming resource on the web. Our site would not be where it is today without your suggestions, ratings, and photo submissions. So pat yourselves on the back for a job well done and keep up the good work! If you have any comments, suggestions, or ideas for the Male Dog Names page or any part of our site, don't hesitate to drop us a line on our Contact Page. Thank you! -The DogNamed Team